How do you recognise success and make sure your students are on the right track?

Join ABRSM for a half-day event that introduces our new Singing for Musical Theatre syllabus at Grades 1-3.

Leading musical theatre practitioners will guide you through the repertoire, covering favourites from stage and screen. We’ll also explore the performing skills assessed in the exams, including sight-singing and aural tests, and look at how they help students on their path to becoming a rounded performer.

You will come away with plenty of practical teaching tips, insight into ABRSM’s marking criteria and how you can use it in lessons and, above all, musical inspiration for teaching songs your students will love to sing!

A goodie bag and refreshments are included in the price. 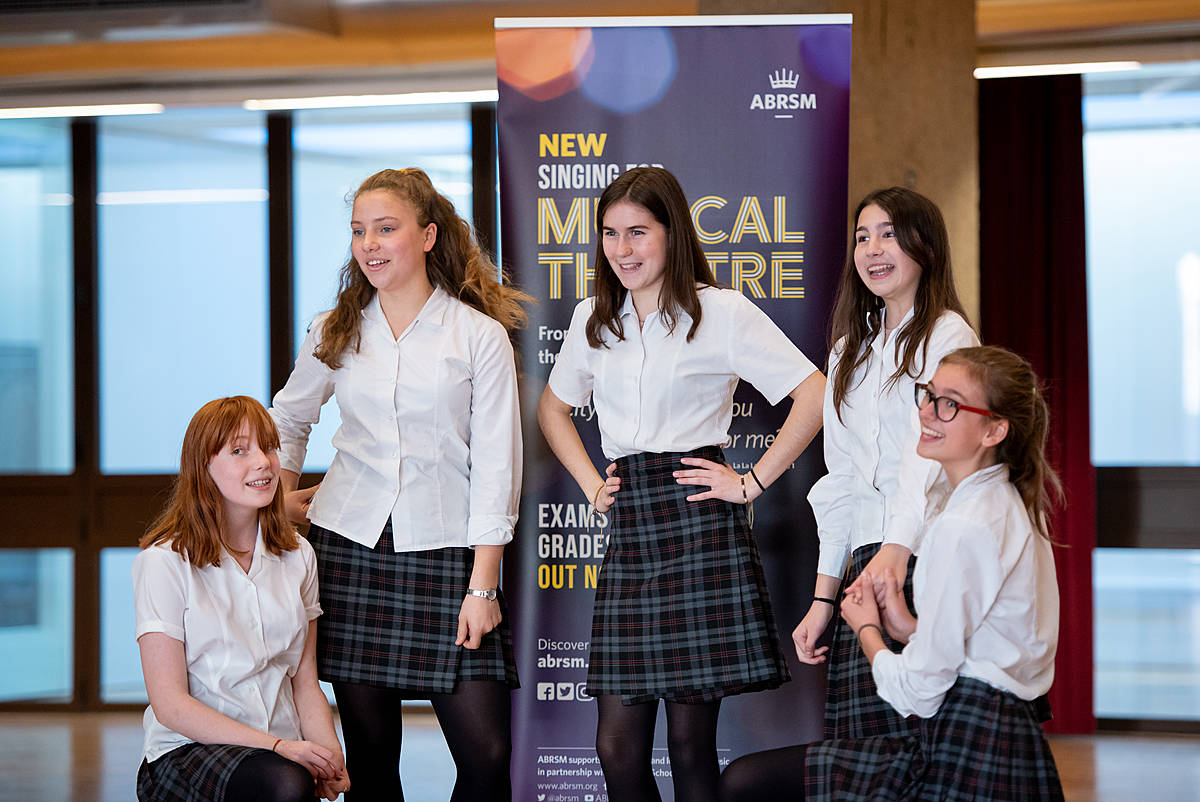 Russell Hepplewhite is becoming widely known as a composer of operatic, musical theatre, and choral music. Russell composed the score for The Canterbury Tales, and orchestrated The Canterville Ghost, both at the Southwark Playhouse. He wrote two short musicals for The Crucible Theatre and his first full-length musical Moonfleet premiered at the Salisbury Playhouse in 2018 starring West End singers Rebecca Lock and Earl Carpenter. He has played keyboards on several West End shows including Mamma Mia! (Novello Theatre) and The Producers, and on-stage piano in the original National Theatre production of The History Boys. He is currently composing a new musical which will premiere and tour in 2020.

His ground-breaking operas commissioned by English Touring Opera for young audiences have been widely performed, and have won him much critical acclaim. Russell's choral works are published by Banks Music Publications and Oxford University Press. Russell has examined for ABRSM since 2008. He has examined across the U.K, in Hong Kong, Singapore and Shanghai; and he also trains new examiners.

Rebecca studied music at the University of Southampton where she graduated with a first-class honours degree in 2004. She then went on to obtain an M. St. in Musicology from the University of Oxford in 2005. For over a decade Rebecca studied singing with Christine Page and has been privileged to work with companies such as Dorset Opera. She has played roles in numerous operas and musicals over the years with favourites including Anna in the Merry Widow and Joanna in Sweeney Todd. Other performing engagements have included soloist for Dorchester Choral Society at the Bayeux Chante L’Europe Festival, and soprano soloist for Poulenc’s Gloria and Faure’s Requiem for Fordingbridge Choral Society.

Rebecca has worked as a singing, piano and music teacher across Dorset, Hampshire, and now, Essex, within primary, preparatory, and secondary schools, delivering workshops, running choirs, and teaching individual students. She also enjoys the diversity of working with private students aged 4 – 75. In addition to this, Rebecca has coached at the National Children’s Choir of Great Britain as well as Stage Coach, Razzamatazz, and Bournemouth Youth Theatre schools. Next year will see her debut as an adjudicator for the Chelmsford Festival of Music and Drama, about which she is delighted.

When not performing on the stage, Rebecca has also taken the baton as Musical Director for both Southampton and Eastleigh Junior Operatic Societies.

Becoming an ABRSM music examiner had long been an ambition of Rebecca’s as she had always wanted to be able to put candidates at ease and make their exam experience as positive as possible. It has been a privilege for her to be able to fulfil this and she is enjoying this role.

Whilst not occupied with all things musical, Rebecca likes to run and go to the gym, with some occasional snowboarding and travelling. Most importantly though, she is kept busy with her energetic three-year-old son, and enjoys the hectic schedule of toddler groups and social engagements this entails!